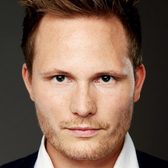 A newsletter about communication and how it makes an impact. For a better understanding of how a stor