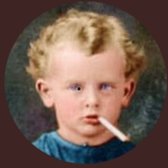 Welcome. GoldFix Weekly is original content. The goal is to give you, the reader, some basis for look