🎁 Valentin's Present - want to want, playflow, do what you can't 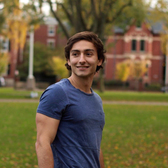