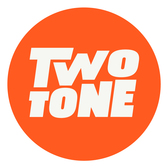 Hello! It's been while. Like, a long while. How have you been doing since I last wrote? (You can actu