One Shareable Thing - How to Build a Team of Eli Mannings 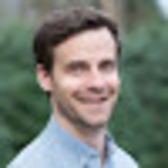 Hi, I’m Trent Hawthorne, founder of StandupPro and COO at Rabbu. This newsletter has the one most sha