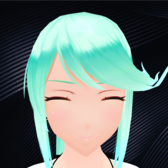 "Welcome to the Freedom of Form Foundation. Please stay calm. Here you will be able to create the new