The Job: Reboot in Tech 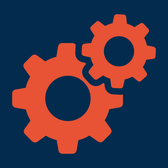 A deep dive on tech apprenticeships—who pays for them, who benefits, and the ROI for participants. Al