What students say about their pressing needs 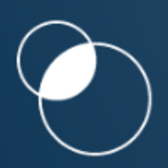 Welcome to The Intersection, a newsletter that connects the world of higher education to race and equ