Tech For Everyone #25: Jumping The Shark 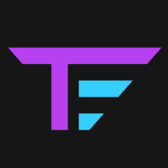 Hello my friends and thanks for being here! In today's issue I have some strong words about NFTs, a b