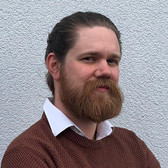 Today we will take a closer look at a bunch of data meshes, at Saxo Bank, at ABN Amro, and finally an