The future of The Steal Club 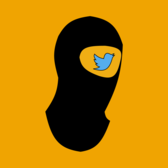 Hello everyone! We are more than 1,000 people here now. Super thankful for everyone who reads this. 🙏