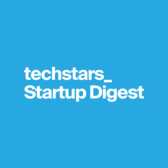 Hey Sports Tech Fans, I have been playing around with better ways to consume the stories shared given