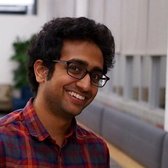 Welcome to the third edition of Sid Makes Games! This newsletter is where I'll be talking about learn