The Most Amazing Locales of Beijing 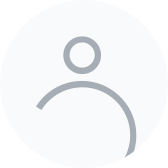 Beijing, or the North in the Chinese language, is the capital and the biggest city of the country. Th