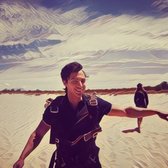 Welcome to my newsletter, where I discuss thoughts and news on the intersection of the built world an