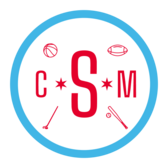 It's hard not to get excited when thinking about next year’s DePaul men’s basketball team.  Maybe it’