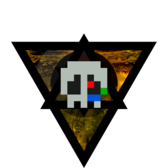 I thought I might kick off this second issue with perhaps a bolder endeavor than the first. I wish to