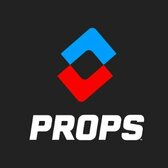 The monkey is finally off Aaron Judge's back as he hit #61 last night to tie Roger Maris' record. We