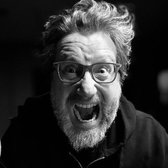 Here’s what sucks, maybe the most, about being an independent creator on YouTube: When things aren’t