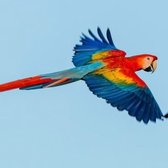 Welcome to the Stock Squawk Newsletter! Subscribed to follow my investment journey, learn about inves