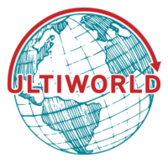 Plus, college ultimate enters the heart of the spring season.