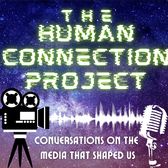 before I do a deep dive of any particular music (or musical), I thought I'd discuss what music has me