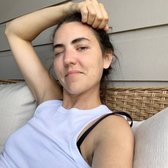 I know I'm a scorpio because I of how much I love death. Or at least, this is what I tell myself when