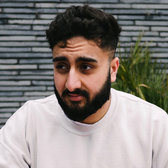 Friends, Here's why TikTok is the greatest data mining opportunity in history, a national security th