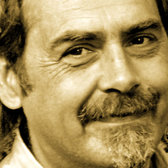 Hello,  Last week I attended together with Danny Kilbride, on behalf of the European Folk Network, th