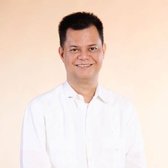 Catching up with our backlog, three takes on the new administration's first laying out of its vision