The failure of fair housing 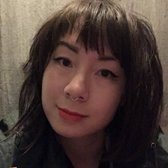 Wednesday was the 50th anniversary of the Fair Housing Act. What was it intended to do, and what has