“Securities” by Lux Capital: The remains of the day 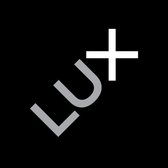