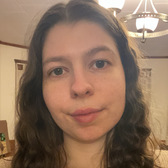 On "Femininity"Growing up the daughter to Russian immigrants, my life revolved around rules. Unfortun