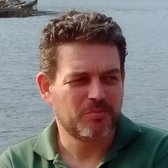 Descriptive science deals with the study of the properties and structure of systems. For composite sy