I wrote another thing for you. 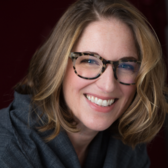 Where Do You Get Your Ideas?