#289: Return The National Parks To The Tribes 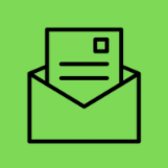 In the same week that we witnessed the trial of the police officer who killed George Floyd, and in th