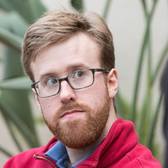 Scroll down for reviews of all four Indiana Jones movies (I had some extra time this week). Also: I'm