Making your film, on any budget. 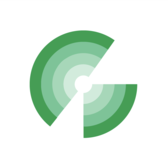 It's challenging to make a film or any creative project — especially in this economy. Commercial inve