Y'all got anymore of that... integrity? 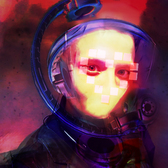