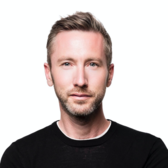 Hello geeks! Well... What started as a fairly quiet week in the world of social media news and update