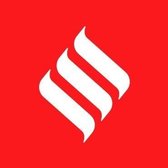 Unpredictability, the pundits have drilled into us, is the kernel of sport’s fascination. But then, e