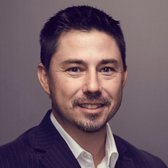 April 22nd, 2022 Welcome to the next edition of the End Times Berean Watchman Report, and Part 5 of t