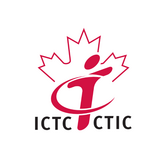 Welcome to the 68th issue of the Digital Policy Salon newsletter. This week, we're featuring a new pa