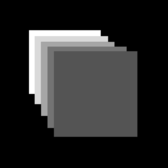 Welcome to the first issue of the Deep Learning for Computer Vision newsletter. This newsletter will