Refugia Newsletter #19 by Debra Rienstra: another climate legislation blockage, electrifying your home, bison heroes, and Pitcher's thistle on the dunes 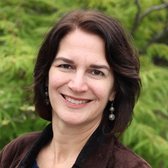 Hello, friends. Welcome to the Refugia Newsletter, a fortnightly newsletter for people of faith who c