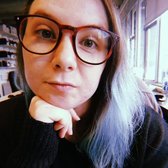 welcome back to honest to blog (working title), a newsletter with thoughts about writing, movies, mus