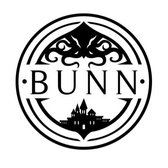 This is the 119th issue of Vicious Shivers, a (mostly) weekly newsletter for fans of my work. Thank y