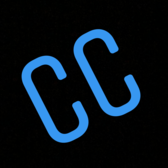 Hello and welcome to the 11th edition of Collision Course, a newsletter about tech policy, consumer p