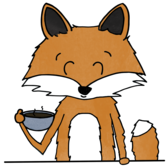 Type friends! One of my favourite projects to emerge in recent months is Tupigrafia; a collection of