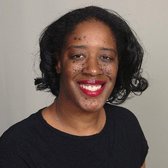 Happy Friday everybody! This week has been particularly busy in the world of IT. Microsoft has acquir