Anecdotes do not a story make 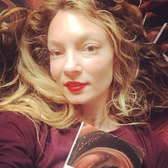 The other week I went to Berlin to visit a ghostwriting client. I had not been to Berlin since I was