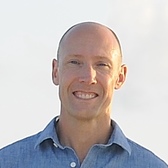 This week brought one of those "I should have known better" business snafus, which reminded me of Van