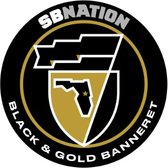 We've got a new podcast up and some good NFL news as a second Knight joins the LA Rams. Let's get aft