Is Inflation Good For The Poor? (The Bitcoin Consultancy - Issue 6) 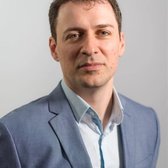